A 1915 Ford Model T was the lead car in a parade of semi-autonomous cars at the 2016 Washington Auto, which concluded in late January. The Model T’s presence at the run from Capitol Hill to the Walter E. Washington Convention Center was obviously anachronistic. What could a century-old Ford have in common with the self-navigating Audi Q7 that followed it?

Actually, it could be argued that the Model T set the stage for innovations such as cruise control, automatic transmissions, and direct ignition. 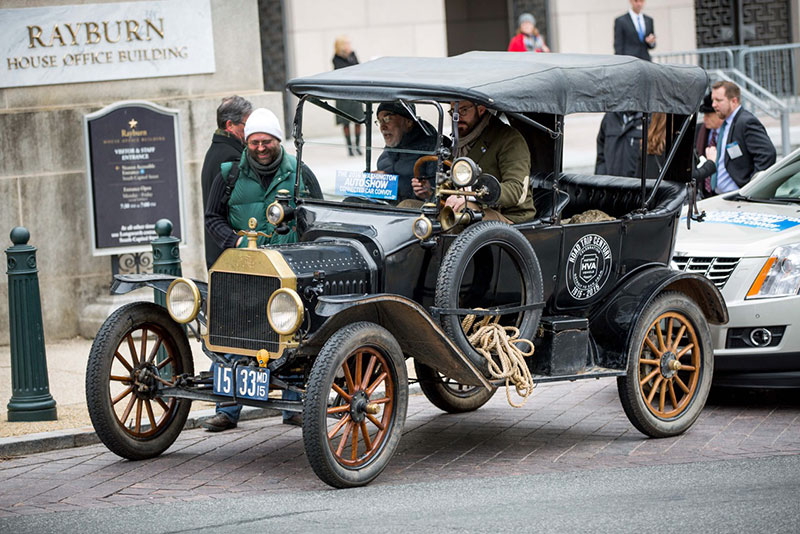 Henry Ford designed the driver controls with simplicity and durability in mind. “There are two levers on the steering wheel, one for the throttle and a second to advance and retard the timing,” explained Casey Maxon, spokesperson for the Historic Vehicle Association and an expert on Model Ts.  “The Model T throttle lever was similar to modern cruise control systems except that it was manually rather than electronically controlled,” Maxon said.

Keep in mind that, in that era, cars didn’t go much faster than about 15 miles per hour. Even so, the idea is closer to a modern cruise control system—compared to conventional car controls where you modulate the throttle to speed up and slow down. Three floor pedals on the Model T include a clutch that engages first gear when pushed fully to the floor, neutral in the middle and second gear (direct drive) up top; reverse gear; and a transmission brake that clamps down on the drums and cotton bands to stop the front wheels.

“In the early 1900s a lot of drivers lived in rural areas so getting stuck in the mud was a common occurrence,” explained Maxon. It was easy to rock a car out of the mud simply by alternating the first gear and reverse pedals. “The Model T is actually a very easy car to learn to drive,” Maxon said. “You’d stomp on the left pedal to go forward, lift up to go faster, and depress the right pedal all the way down to stop.” 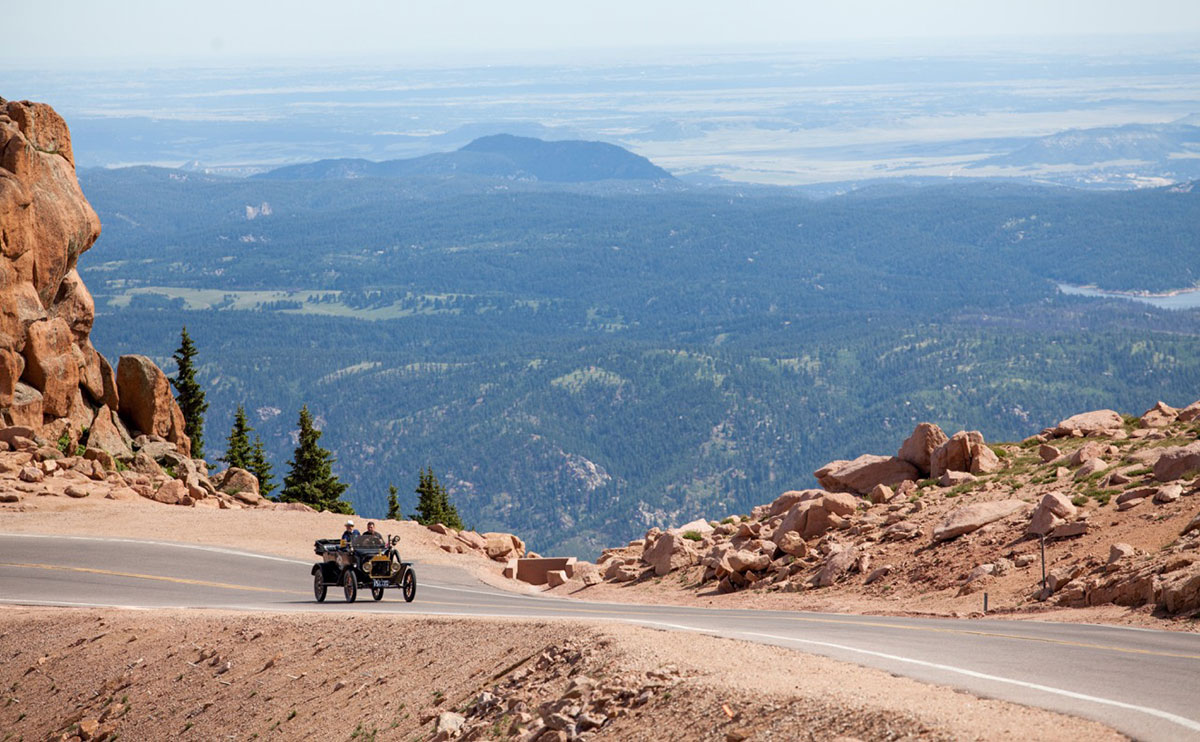 The Model T’s four-cylinder engine used an ignition coil atop each cylinder, not unlike modern direct ignition systems.

Even the frame was modern in concept, designed to absorb some of the impact of the dirt roads that were common at the time, similar to today’s unibody cars. 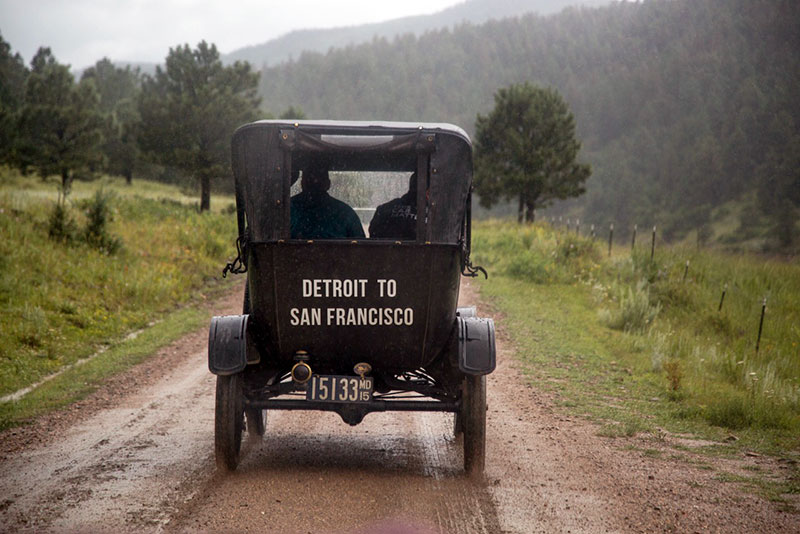 Maxon was one of several HVA members that drove the 1915 Model T from Detroit to San Francisco to commemorate the trip Esdel Ford took in a similar model T a century ago. “We were surprised at how comfortable the ride was over those roads and how well the car did,” he said. “We only had one flat tire in several thousand miles of driving.”

Sometimes the simplest ideas have the most staying power.

Q & A With The HVA: Road Trip Century Celebration Edition

Detroit To San Francisco In A “T”

The Year In Photos

The Year in Review