It is with very heavy hearts that we report Jesse Valadez II passed away last evening. Jesse became a dear friend of the HVA during our documentation of the “Gypsy Rose”, Valadez’s father’s custom 1964 Chevrolet Impala low-rider, of which he was the vehicle’s caretaker. Although Jesse was soft spoken and humble, he was always eager to share his father’s creation with the world in tribute and with hopes of bringing people together through cars, just as his father did during his lifetime.

Jesse told us about his memories growing up with the “Gypsy Rose” how he was proud to wear the Valadez name in our “Gypsy Rose: Lowrider Legend” video: 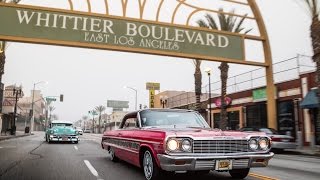 Jesse’s undying love of low-rider culture, the Imperials, and his father’s creation will continue on with the surviving Valadez family. His kind-hearted soul will forever be missed, but never forgotten. Rest in peace Jesse Valadez II

GYPSY ROSE WILL BE ON DISPLAY AT THE NATIONAL MALL