Five Of The Greatest Car Advertising Jingles Of All Time

Warning: History has shown that the songs on this list are memorable to the point of causing mild torment to some listeners. Listening may cause uncontrollable singing, obsessive humming, an insatiable urge to buy a new car and/or a general inability to concentrate on anything other than melodies, words and phrases contained in these selections. Proceed at your own risk.

In My Merry Oldsmobile

Bing Crosby wasn’t the only singer/celebrity to offer a rendition of history’s first and most enduring automobile-related song. But his bubbly presentation is arguably one of the best. Originally written by Gus Edwards and Vincent Bryan in 1905, this popular song was used as a marketing tool for the Oldsmobile division of General Motors for decades before and after World War II. It was heard on radio and, most memorably, during the opening of CBS News (circa 1949 to 1952) and The Sam Levenson Show. 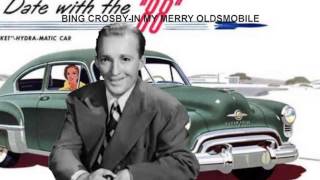 Bing Crosby In my merry Oldsmobile

Combine a little funky, 1950s bass line with a whistling chorus and you have the makings of a catchy and now classic jingle (starting at :30) for a once great American car. 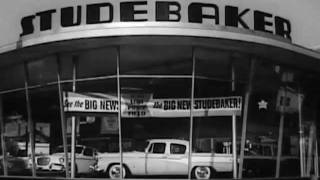 See The USA In Your Chevrolet

In 1949, Chevrolet called on Leo Corday and Leon Carr to come up with the jingle to be sung on the short-lived CBS variety show, Inside U.S.A. with Chevrolet. That show only lasted a season, but the song got a second life thanks to Dinah Shore and her variety shows sponsored by Chevrolet throughout the 1950s. 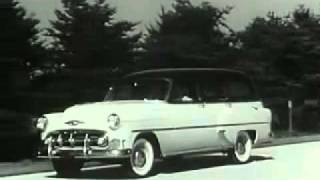 See the USA in Your Chevrolet by Dinah Shore

Oh, I Love To Drive My Buick

Written by Frank Skinner and Jack Brooks, this original Buick jingle was used on The Buick Berle Show, featuring Mr. Television himself, Milton Berle, from 1953 to 1955 and, later, on commercials during the Buick-sponsored sitcom The Honeymooners.

ARVE Error: The video is likely no longer available. (The API endpoint returned a 404 error)

Considered by many as the best automobile commercial of all time, James Hartzell’s 1974 “Baseball, Hot Dogs. Apple Pie and Chevrolet” signature jingle and campaign was a game changer in automotive advertising. Car and Driver called it a seminal moment in automobile advertising—a commercial that sparked “the beginning of brand advertising as we know it.” 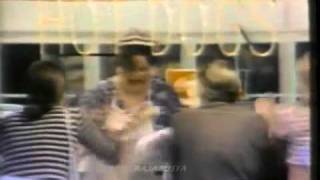