1968 Bullitt Mustang resurfaces after 40 years, shows up alongside 2019 heir in Detroit

This article originally appeared on DriveMag, written by Dan Mihalascu, on January 15, 2018.

Ford is giving Mustang fans a lot to be excited about with the release of the 2019 Mustang Bullitt at this year’s Detroit Auto Show. But as nice and desirable the 2019 Bullitt may be, chances are more eyes will be on the 1968 original model, which has recently been found and is now on display in Detroit alongside its modern interpretation. 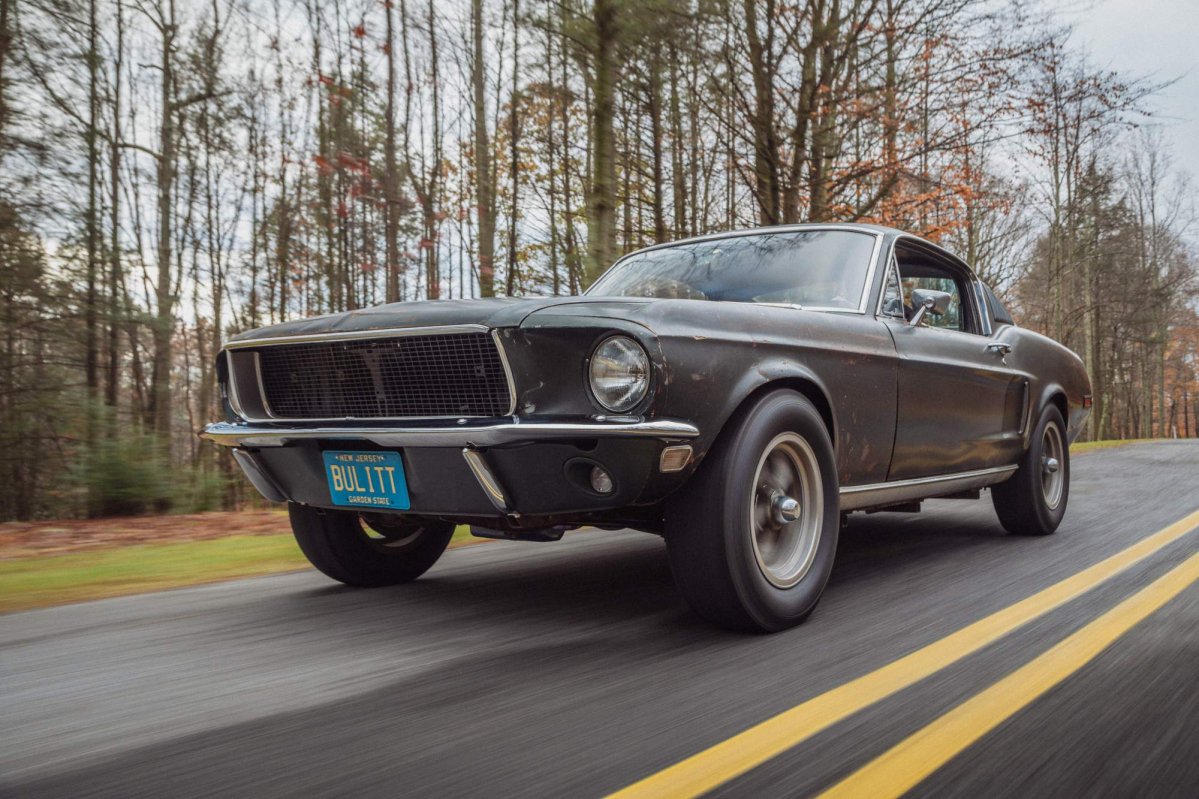 There were two identical 1968 Mustang GT fastbacks used in the filming of the classic Warner Bros. movie “Bullitt” that arrived in theaters on October 17, 1968. After filming ended, the cars went their separate ways: the hero vehicle driven by the late Steve McQueen in the movie was sold by Warner Bros. to a private buyer called Robert M. Ross, while the other was sent to a salvage yard. 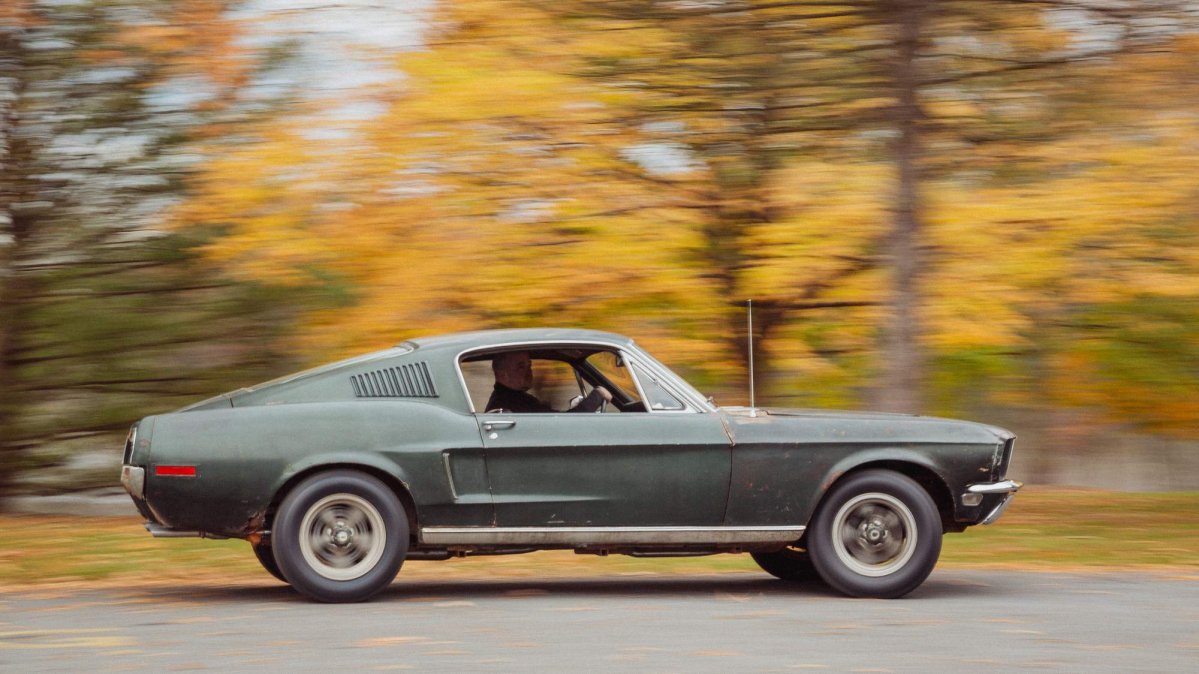 Used in many of the jumps during the famous chase scene with the 1969 Dodge Charger, that jumper vehicle resurfaced in Baja California, Mexico in early 2017. The other, however, was lost. Well, not quite, because it had been spending the last 40 years in anonymity.

Bought in 1974 from Warner Bros. by studio employee Robert M. Ross, the car had two subsequent owners, a police detective called Frank Marranca (how cool is that?), and an insurance executive, Bob Kiernan. The latter owner kept the car in his collection until 2014, despite repeated attempts from Steve McQueen to buy it. 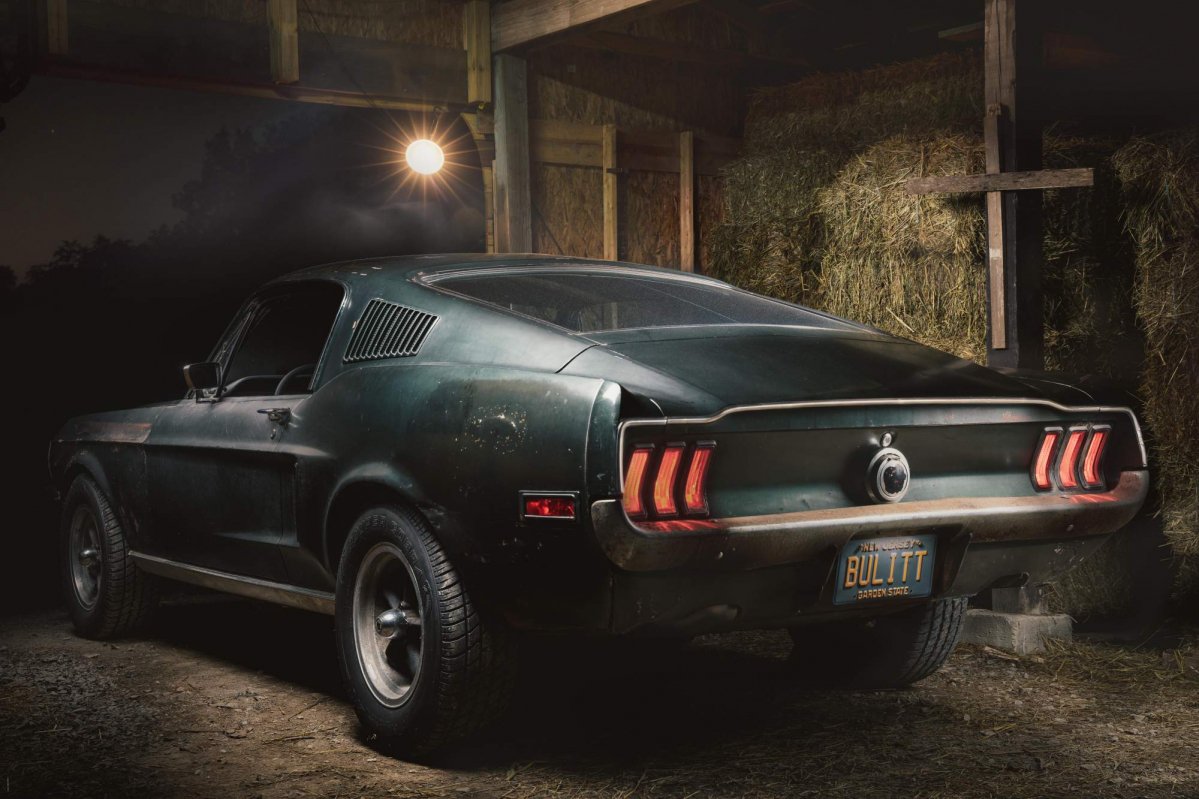 Following Mr. Kiernan’s death in 2014, his son Sean inherited the car and decided it deserved some more time in the spotlight. He contacted Ford, and the two parties worked together to reveal his movie star car alongside the all-new 2019 Mustang Bullitt at the 2018 Detroit Auto Show.

“You know, it was never our intention to keep this car a secret from everybody. It just kind of happened with life. I’m just completely buzzing to join with Ford and the new Bullitt and show this car to the world on one of the biggest stages there is.”

So there you have it, the 1968 Bullitt Mustang is once again in the limelight. The Highland Green paint may have faded a bit as the years went by, and rust started to show its teeth in some places, but it’s still a stunning car. 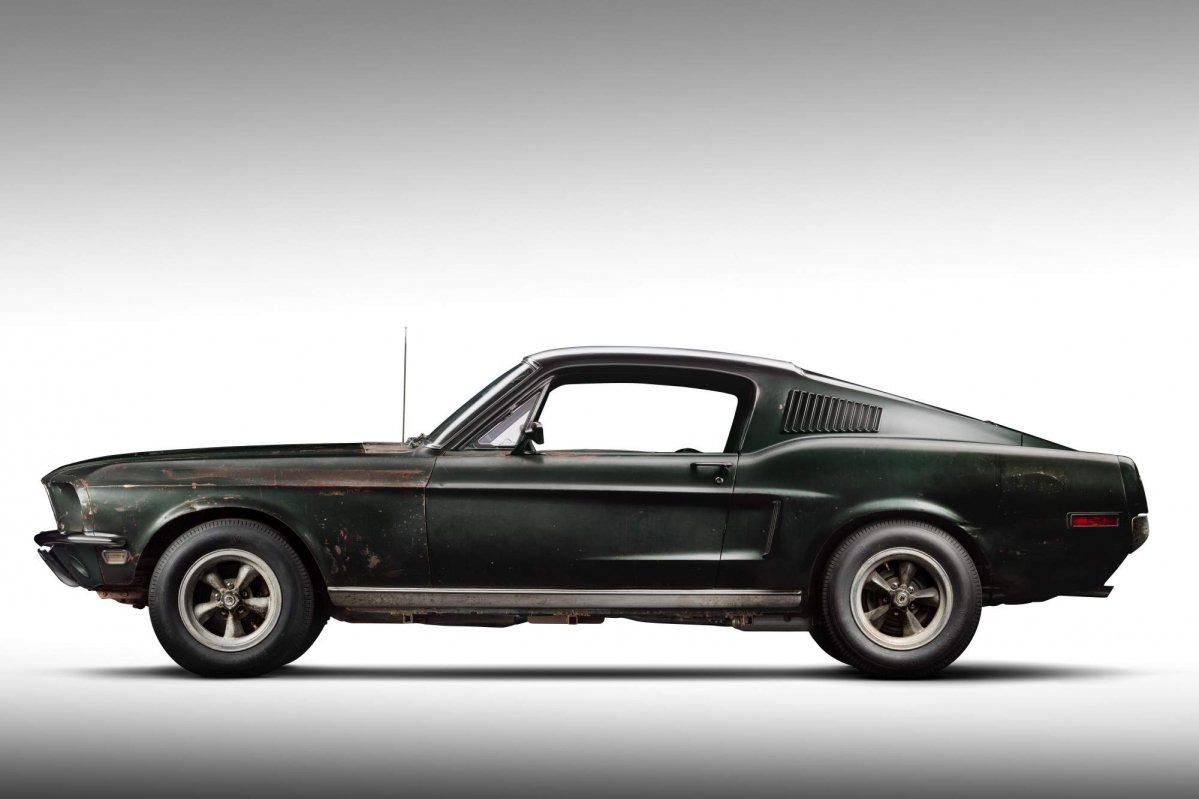 Most importantly, it’s just like Steve McQueen would have wanted it to be. In one of many letters sent to Bob Kiernan, the movie star said he didn’t want the Mustang to be restored. “I would like very much to keep it in the family in its original condition as it was used in the film, rather than have it restored; which is simply personal with me,” McQueen wrote.

That didn’t convince Kiernan to sell the car to the Hollywood icon, however. But even though the actor never got to own the Bullitt, his wish came true, and the car was never restored. Now, current owner Bob Kiernan is committed to keeping the most famous pony car in the family, even though it’s estimated to be worth more than $4 million.

Previous Post
Steve McQueen’s “Lost” Bullitt Mustang Is Unveiled
Next Post
The One That Got Away — The Bullitt ’68 Mustang GT Steve McQueen Hunted Has Been Unearthed!

Cars at the Capital

THIS CAR MATTERS: From The Archives 1947 Tucker 48 Prototype (“The Tin Goose”)

Pair of Presidential Cars Joins National Register, Will Be Featured as Cars at the Capital Returns to National Mall

The Chevrolet Camaro – Born 50 Years Ago This Week: 9 Things You Didn’t Know About the First Camaro

Now 50, the first Camaro is added to National Vehicle Register

Five Things You Didn’t Know About the Chevy Camaro

First Camaro given a spot on the National Historic Vehicle Register, headed for Woodward

FROM BROADWAY TO CHAMPS-ELYSEES IN 169 DAYS

The world’s oldest “jeep” isn’t one

Making the Register: The 1907 Thomas Flyer

GM’s Car of the Future preserved for the future

Historians record every bolt, every curve on classic cars

College students save history of newest car on historic register

To Restore or Not to Restore?

The McGee Roadster: A Preview

Gypsy Rose, the Most Famous Lowrider of Them All, Goes to Washington D.C.

Origins of the American Streamline Style

Ford brings back ‘Bullitt’ Mustang — and finds the original

The One That Got Away — The Bullitt ’68 Mustang GT Steve McQueen Hunted Has Been Unearthed!

Found: the real Bullitt Mustang that Steve McQueen tried (and failed) to buy

The return of a Hollywood legend: Steve McQueen’s Mustang

‘Bullitt’ Mustang reappears after years as a commuter car

Mustang From ‘Bullitt’ Has Been in Area Garage for Decades

Steve McQueen’s Bullitt-Movie Mustang Suddenly Reappeared: This Is How It Happened

Lost for 40 years, the 1968 Mustang from ‘Bullitt’ resurfaces, and Jay Leno gets in the driver’s seat

Ford ‘Bullitt’ Mustang displayed in a box on the National Mall

Original Ford Bullitt Mustang On Display In The Heart Of Washington, D.C.

Jay Leno Drives The 1968 Bullitt Mustang Back-To-Back With The 2019: Video

Museum Corner: Straight from the Source to You

The Bullitt Mustang is Going to Auction!

The Process of Preserving History: Stabilizing the Jenkins Volkswagen